How to overcome karmic illnesses 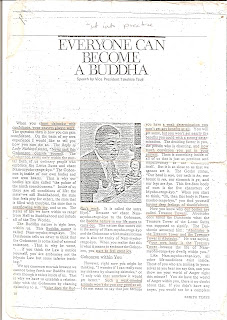 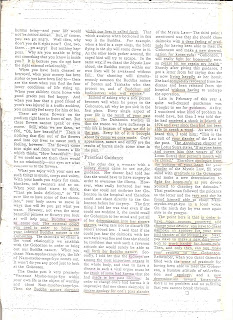 Shikha Singh (right) and her family
When I encountered Buddhism, I was a 26 year-old young mother with two children. My main concern was my husband's job. He was grossly underpaid despite his good professional education, and I had to struggle to make his salary last the entire month.
I was introduced to this faith by one of my friends who was always smiling with a cheerful face, and she explained the life philosophy of SGI very convincingly. Her spirit to encourage me and my husband was very inspiring, and in 1994 we joined the SGI.
One of the first changes that I noticed was a sense of fulfillment in daily life. The determination to win in our daily battles also emerged. After witnessing my change into a more vibrant person, my husband and children also joined the SGI.
Initially I had no idea of what it meant to have a mentor in my life. With a great desire to understand the deep significance of the mentor and disciple relationship, I studied SGI President Daisaku Ikeda's guidance and read Nichiren's writings seriously.
In April 2009, I attended an SGI training course in Japan where I finally got to meet Mr. Ikeda. It was a most memorable moment. After returning to India, I poured my heart and soul into SGI activities by keeping Mr. Ikeda as a role model.
I began feeling a deep sense of gratitude towards my family members. I started looking at my children with a lot of respect as individuals of infinite potential. I also began viewing things from a larger perspective--from the eternity of life.
Meanwhile, my husband continued his struggle on the job front. Despite his best efforts and sincerity, he lost his job. Initially he was dejected and angry at the injustice done to him. At these times we studied Nichiren's writings together. Through reading Nichiren's letters to his follower Shijo Kingo, my husband realized that he was very much like Shijo Kingo in some ways--tremendously passionate, very responsible, short tempered and lacking in wisdom to deal with human politics at the work place. He was inspired to change his circumstances through deepening his understanding of Buddhism and faith.
He was able to find a new job, and struggled to win trust in the workplace by applying Mr. Ikeda's guidance of doing the work of three at your place of work.
I also read Nichiren's writing titled "The Bow and Arrow" in which it states, "It is the power of the bow that determines the flight of the arrow . . . and the strength of the wife that guides the actions of her husband." I considered my husband's problems as my karma or shared responsibility and challenged to do my best in faith and practice. At the time, my husband and I visited many SGI members together in an effort to encourage them, despite our own struggles.
Eventually, my husband was recognized for his passion and hard work and was made the managing director in India of a large software company in 2001. Since then he has been in leading roles as managing director of several companies. This month, my husband has been appointed as the managing director in India of a US-based global enterprise operating in 120 countries with annual turnover of US$600million. Within Bharat (India) Soka Gakkai (BSG), he has also been working hard to care for fellow members and contribute to our movement for peace.
In 2001 when we moved to Mumbai, the number of members here was 800.This year, we have a membership of more than 9,000, quite dramatic growth. I have also introduced over 30 friends to this practice. All these achievements are due entirely to the efforts of our fellow BSG members.
As a disciple of Mr. Ikeda, I have great conviction to "Never be defeated!" I pledge to dedicate my life for the sake of happiness of others and for kosen-rufu--world peace through individual happiness--together with my family and fellow members.
Posted by Henry Leong at 9:13 AM No comments:

Through strong faith in Nichiren Buddhism, Zalde Gallardo, a member from the Philippines, found the answer to a number of questions he had about life and succeeded in changing his family’s life.  Influenced by his mother, Angelina, and following her lead to take up faith, chant Nam-myoho-renge-kyo, and participating wholeheartedly in Gakkai and kosen-rufu activities, Zalde was able to achieve successful results in his study, overcome the poverty he and his family were facing and recovered from an illness.  In addition, he and his family also succeeded in encouraging his father, who opposed their practice, to take up faith in Nichiren Buddhism, thus achieving their family kosen-rufu. Zalde hopes that the experience he and his family went through can inspire others to take faith in the Mystic Law and become truly happy despite all the problems in life.
My name is Zalde Gallardo from SGI-Philippines and this is my experience in faith:

Posted by Henry Leong at 9:10 PM No comments:


Chanting abundant daimoku to the Gohonzon enables us to have the Buddha wisdom to find solutions to the problems we face and open the path to achieve our dreams. Tan Kian Ann, a YMD from Singapore did not have the required knowledge and experience to pursue the dream career he wants. However, through his faith, he eventually succeeds.
Good morning. My name is Kian Ann. I am from Singapore Soka Association (SSA), a YMD from Eunos Central Chapter, District 1.
I would like to share my testimonial on my career. Hope it can inspire our members.
I took up faith in Nichiren Daishonin’s buddhism in 2007. Since then, I had received many benefits in my career, which span over 3 years.
Since young, I had always loves sports cars like Porsche, Ferrari etc. I get excited and happy whenever I see these cars on the road. I dreamt to be a salesperson for such sports cars when I grow up.
After spending 10 years in the police force, I decided to venture into the car sales industry. I want to realise my dream.
However, there were 2 challenges in hand.
First, I do not have the sales experience and knowledge on cars. Second, I am the breadwinner in the family. I need a stable income to support my family.
The income from car sales is dependent on the sales I made every month. This means that I would not have a stable income to support my family. I chanted for the wisdom and courage to pursue my dream.
I went for several interviews but was unsuccessful. I was rejected due to my lack of sales experience and knowledge on cars. I chanted wholeheartedly to realise this dream and to get into a company where I can grow and learn.
I was fortunate to be selected by a company in which the boss decided to ‘try’ me.
I joined the company in June 2008. In the first 3 months, I struggled to equip myself with good knowledge on cars. I read magazines, journals, etc., till late every night to prepare myself better.
However, in Sep 2008, the world was hit by a financial crisis. This crisis had badly affected many industries worldwide, including the car sales industry.
My family and friends were saddened that I joined the industry at the wrong time. I only had 4 sales for the first 6 months.
The sales income was not enough for me to support my family. I had to dig into my personal savings to support my family.
I was worried the crisis would prolong and affect my sales. I chanted lots of daimoku and engaged myself in all Gakkai activities despite the worries I had.
The Daishonin said: “Winter always turn to spring. Never, from ancient times on, has anyone heard or seen of winter turning back to autumn. Nor have we ever heard of a believer in the Lotus Sutra who turned into an ordinary person.”
In fact, this crisis produces opportunities. As the crisis prolonged, the price of Continental cars (German and Italian, etc.) fell drastically. The drastic fall in price became an opportunity for many to buy Continental cars.
The sales of Continental cars grew. I sold 24 Continental cars to date. These sales range from between S$150,000 to S$500,000.
They include sports car brands like Audi, BMW, Porsche and Maserati. My best deal was a Maserati worth almost half a million dollars.
This was the biggest deal any salesperson in the company had closed. I was surprised that a newbie like me would be able to achieve such fantastic results in 3 years. This career had unleashed my potential in sales. I was also able to build trust and good relationships with my valued clients.
In addition, I was able to afford to take over a van from my relative and used it for kosen-rufu. My income was sufficient to pay for the expenses in using the van without digging into my personal savings.
From this experience, I would say that we must have absolute faith in Daishonin’s Buddhism. With absolute faith, Gohonzon would give us the best arrangements in life. No second best, but the BEST!
Thank you.
Posted by Henry Leong at 11:31 PM No comments: